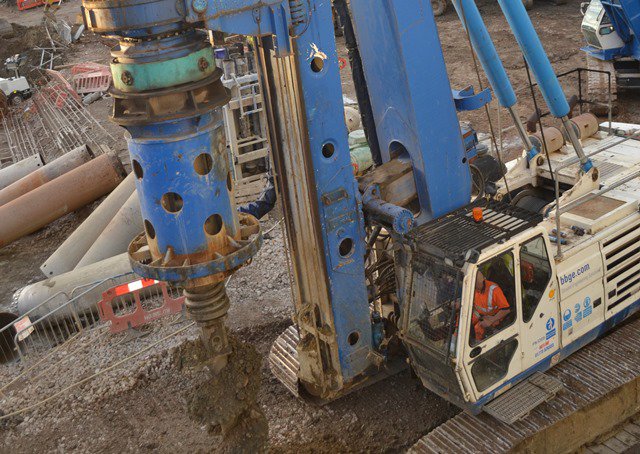 Latest data from the Royal Institution of Chartered Surveyors(RICS) show that civil engineering costa have changed little over the past year but are now set to start rising.

RICS’ Building Cost Information Service (BCIS) says that civil engineering costs rose by 0.7% in the second quarter of 2015 compared with the previous quarter, but remained unchanged compared with the same period last year.

However, looking ahead, BCIS’ data shows that civil engineering costs – along with tender prices and new infrastructure output as a whole – will rise over the coming five-year period. Costs will rise at the rate of around 3.5% to 5.0% each year, with the price of materials and nationally agreed wage awards steadily increasing, BCIS forecasts.

Over the next five years, costs are expected to rise by around 25%.

New infrastructure output is expected to be very strong this year but remain static in 2016 and then dip in 2017 as several major projects pass their peak. Moderate growth returns in 2018 and 2019, before growth rises quite sharply in 2020 resulting from increased investment in major roads schemes, and a build-up of the HS2 rail project, assuming that goes ahead.

BCIS head of forecasting Peter Rumble said: “With new infrastructure output set to be very strong in 2015, the annual rate of tender price increases is expected to rise in the second half of 2015 and the first half of 2016, resulting in an increase of 7.6% in the year to second quarter of 2016. Over the next few years, tender price rises are anticipated to be driven primarily by increases in input costs, rising by 4% to 5% as growth moderates and even falls in 2017. Over the final year of the forecast, stronger output growth in 2020, together with increasing input costs, are likely to lead to higher tender price rises in the year to 2nd quarter 2020, with a rise of 6.2%.”

He added: “New infrastructure output is anticipated to be at a historically high level over the forecast period compared with pre-2010, with annual average growth of around 3.5% - a real positive for Britain and the economy.”