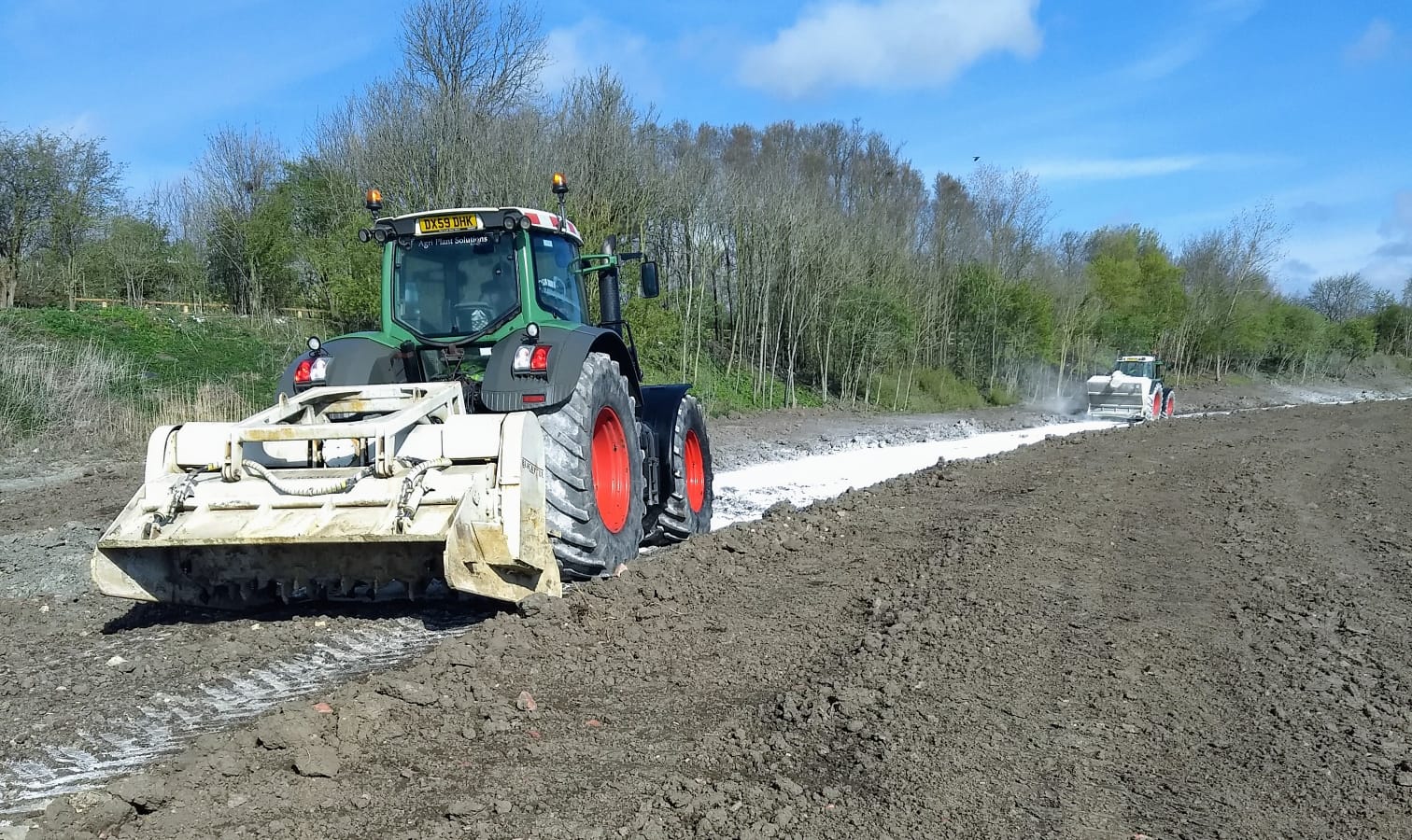 Whilst we continue our work around the Hampton area, we are so pleased that people are able to enjoy this fantastic open space during this time! 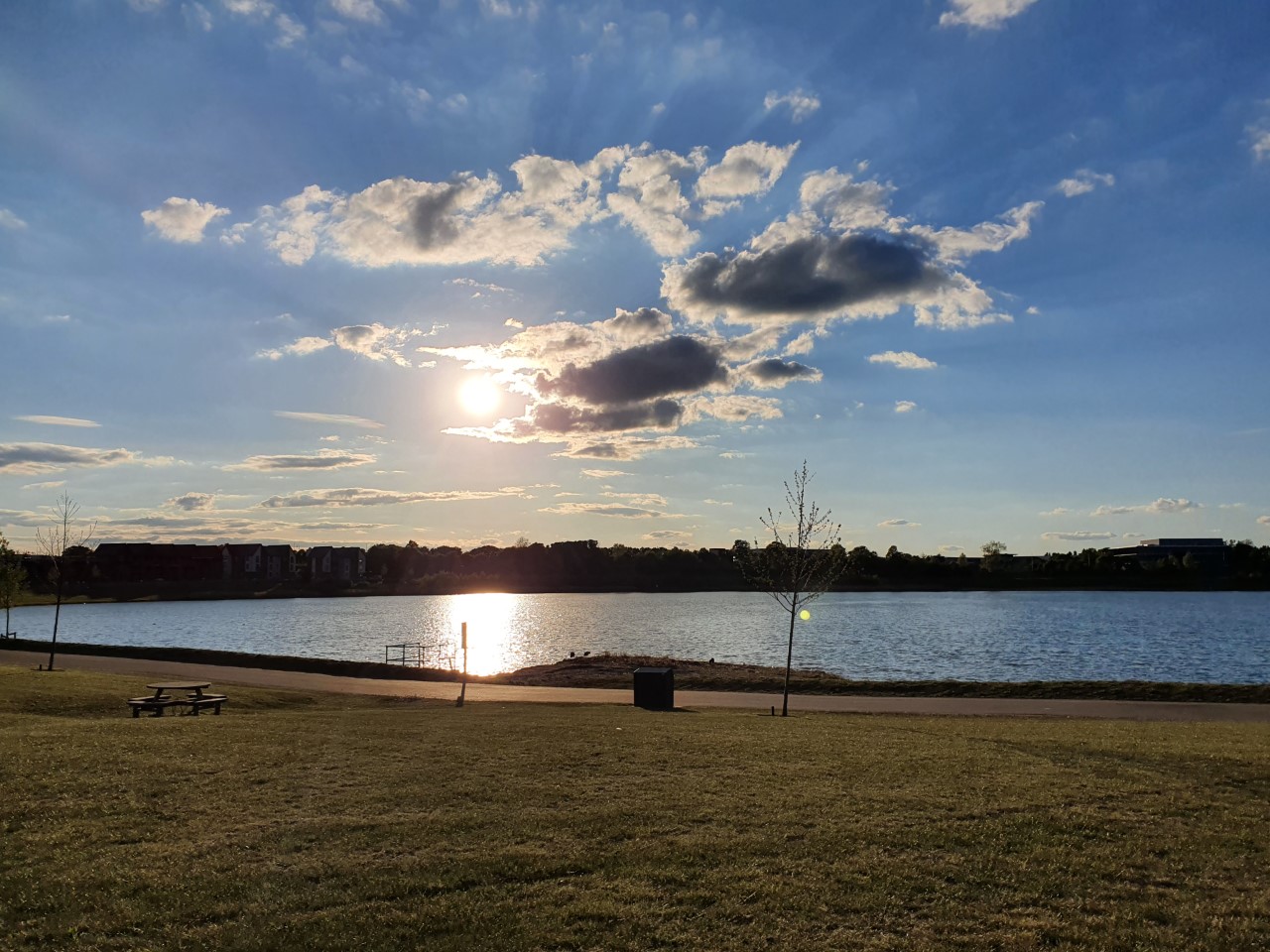 Earlier this year we began work on the construction of the Teardrop Lake West footpath in Hampton, Peterborough for our client O&H Hampton Ltd.  Once completed the works will provide a loop around the lake of approximately 2km for pedestrians and cyclists.

During the early stages of construction, it was apparent that the existing ground conditions were not as expected, and the route of the footpath was in a water-logged condition along its length.

Due to existing constraints the works could only be accessed from the Northern end of the proposed footpath which meant that all materials required for the works would need to be transported along the length of the path. 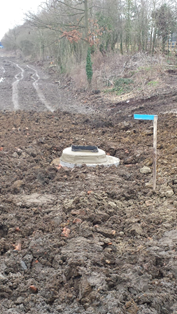 As the final design use of the footpath was for light traffic only the construction depths had been specified accordingly with 200mm of type 1 GSB on a geotextile membrane overlaid with 155mm of bituminous surfacing.

The issue then arose that, as we would need to use the proposed route as a construction haul road, this specification would not be enough to take the hundreds of loads of materials required.

We were therefore faced with a problem to overcome:

1. Do we take the easy, traditional option and look to increase the overall depth of the footpath and include a capping layer that would be able to take the additional construction traffic, adding cost and time to the project or….

2. Do we try to think outside of the box and come up with a different solution!

Obviously, we went for the second option!

After a lot of searching and several failed attempts we found a specialist sub contractor who were able to work with the existing soil conditions and come up with a solution to modify and stabilise the soils insitu as an alternative construction method.

SMR UK carried out testing on soil samples from the site and suggested that by using their specialised modifier it would be possible to achieve CBR values of around 50%.

This allowed us to look again at the footpath construction as not only did these values negate the need for a capping layer to enable construction, this method also removed the need for the type 1 stone and reduced the tarmac needed to achieve the same specification.

Initial estimates of material quantities for the new footpath suggested that 1500 tons of made ground would need to be excavated and removed from site along with the import of 1350 tonnes of type 1 GSB.

This would have required around 150 lorry movements to achieve this.

If the traditional solution of adding a 300mm capping layer had been adopted this would have added a further 1900 tonnes of aggregate or 100 lorry movements to the project.

By not taking the easy route and thinking outside of the box by utilising the stabilised soil solution we  removed the need to import and export materials from site saving in the region of 250 lorry movements.  This resulted in a saving of around 5500 litres of diesel or 15 tons of CO2 in transport alone.

Although the soil stabilisation seemed a more expensive solution at first, its benefits allowed us to keep within the budget allocated by the client, deliver the works on programme and reduce the environmental and ecological impact the project.

This project is a great demonstration of GKL’s core vale of passion, process and value;

Passion to think outside of the box and challenge the norm!

Process of undertaking a full appraisal of the options available and undertaking the required testing to prove that the solution would work!

Value in terms of budget, timescale and environmental impact!