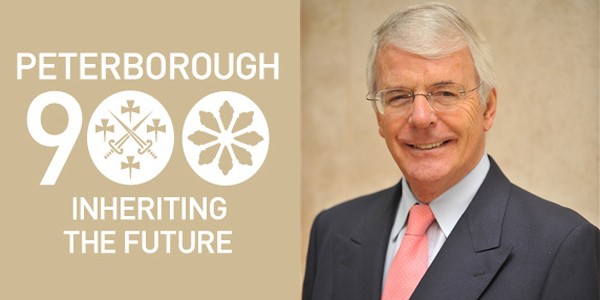 This charming event which was organised by Peterborough Cathedral as part of the 900th anniversary celebrations which GKL proudly sponsors, brought together a vast group of local businesses and residents who came to show their support for the Cathedral. The event was a huge success with tickets selling out in a matter of days.

Joe Clarke of GKL Group who attended the event comments; “The whole Cathedral fell silent when Mr Major gave his speech and spoke about fellow world leaders including Bill Clinton, Mother Teresa and Nelson Mandela. As expected, the upcoming EU Referendum was also a hot topic for the night with Mr Major supporting the Remain Campaign alongside many business leaders in the area such as our Marketing Agency Why Media and local housebuilder and solar energy specialist The Larkfleet Group of Companies.”

As part of the fundraising festivities of the night an auction and raffle were also held and thanks to the generosity of guests, over £10,000 was raised on these two activities alone.