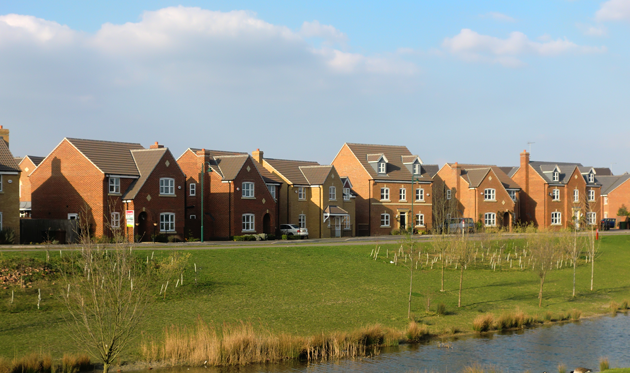 The next phase of the western peripheral road, Natures Way, at the Hamptons, Peterborough has started. GKL Group is continuing to expand the road infrastructure in the Hamptons, and the new road will replace a temporary haul road used for the last few years by construction traffic.

GKL Group is undertaking the work in conjunction with long-term partners O&H Hampton. Roger Tallowin of O&H Hampton expressed his delight at delivery of the final stage of the project:

“This has been a carefully planned piece of construction. Due to the road’s proximity to the Hampton Nature Reserve, a site of special scientific interest, the planning and ecology work has taken a number of years to ensure the protection of the area. It is good to see the progress that is now being made by our partners GKL.”

“This road will provide the residents of Hampton with a very helpful alternative exit route and, once the project is completed, great access onto the A1 motorway.

“Peterborough has been widely heralded as the fastest growing city in the UK, and Hampton will have been a major contributor to this accolade. Roads like this create the arteries of the community. It’s great to see new homes being built up around them, utilising the infrastructure that we at GKL Group have been instrumental in creating.”

To allow these works to commence, GKL Group has installed culverts for the safe passage of newts between sections of the Hampton Nature Reserve.

In a further addition to the existing sustainable urban drainage scheme at the Hamptons, GKL also excavated and sculpted a filtration basin opposite the Westlake Avenue junction to capture and remove surface water. This will also control the flow throughout the network of lakes within the Hamptons.

Stage two of the project will see the installation of a half a kilometre of road from Westlake Avenue through to the existing Hargate Way/Natures Way junction. The new road will provide a new, more direct link to Hampton Vale and another route onto Fletton Parkway, the main route into Peterborough City Centre and the A1. The city council is currently improving the parkway to the A1 junction.

Stage three of the project will also start next month and is due for completion this summer. This phase will see the installation of another half a kilometre of Natures Way, linking from the new Cala Homes development. As with stage two, there will be a further filtration basin to help with draining of excess surface water locally. This new section of infrastructure will in the future be extended south to the A15 near Yaxley and will also be the next starting point towards the forthcoming Hampton Heights development on the old Orton Brickworks site.