WEDNESDAY 7th MAY 2014 saw the opening of the first phase Stanway bypass following a  £4.5 million investment by O&H Group, this will act as the final link from the A1124, Essex Yeomanry Way north of the Tollgate retail area, to Warren Lane, just north of the Dyer’s Road junction.

Attendees for the grand opening included  GKL, O&H Group and Essex Council all joined in the celebration to mark a project that had been an aspiration since 1988. Councillor Rodney Bass's Rolls Royce was the first car to drive along the route with other councillors and staff from developers travelling in a 1950s vintage bus. 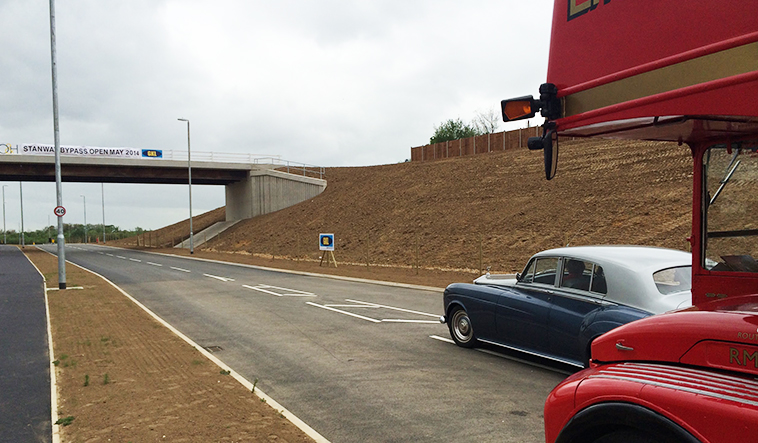 The bypass will ensure that much of the through traffic is removed from the existing residential areas along Warren Lane, helping to vastly improve the area for residents and aid the creation of a new community.

Councillor Rodney L Bass, Cabinet Member for Highways and Transportation said: “I am looking forward to seeing this brand new section of Highway, which is a welcomed addition to the Essex highway network”.

Cllr Bass went on to say "The bypass will help to reduce the traffic in residential areas and will prove to be a key route in the establishment of a new community area.”

A ceremonial cake was cut by the Mayor and Mayoress, Cllr Colin Sykes Cllr Laura Sykes. 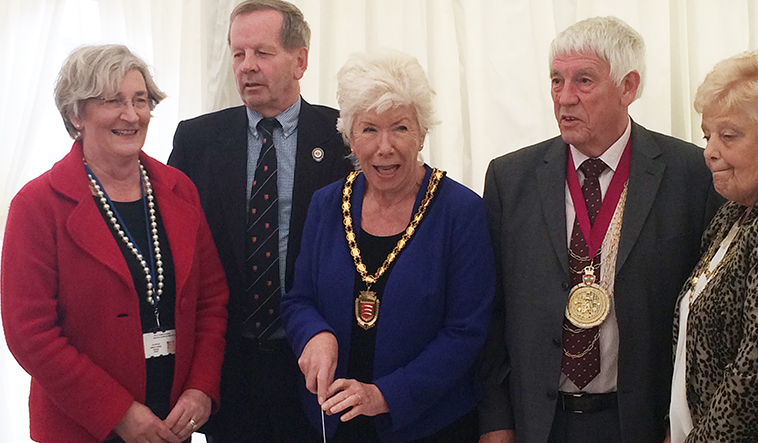 Colchester is a historic and thriving town with good links and popular schools, the works were carried out on behalf of O&H Group in partnership with GKL.